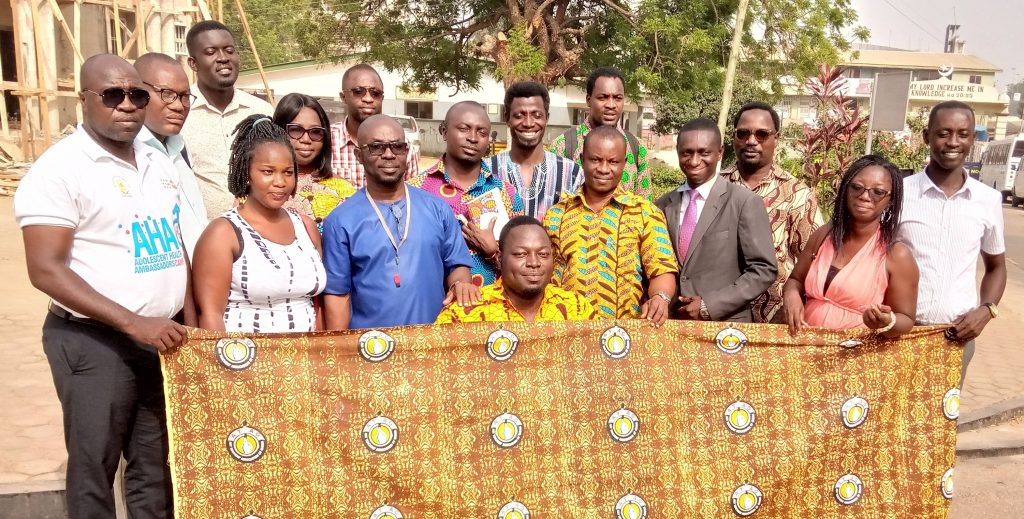 The Supreme Council, the second highest decision-making body of the Art Teachers’ Association of Ghana (ATAG), at its first general meeting held on January 6, 2020 at T. I. Ahmadiyya Senior High School (TI AMASS), Kumasi, urged members to be pro-active and give their best to serve and build the association. In his welcoming address at the meeting, Mr Antwi-Wiafe (Cuma Lee), the past first National President of ATAG who doubles as a teacher of Ahmadiyya Senior High School (TI AMASS) welcomed members of the Supreme Council to the meeting and expressed his sentiments about the progressive development of the association. He added that becoming a member of such a prestigious subject-based association is paramount since it contributes to one’s continuous professional development in academic pursuit as professional art teacher. Antwi-Wiafe stressed on the need for members to register online on ATAG website to reap the full benefits the association has to offer.

Dr. Osuanyi Quaicoo Essel, the current National ATAG President also welcomed members and delivered the current state of ATAG since the induction of his administration from 17thAugust 2019 to date. He pointed out that, the contributions of the National Executive Council (NEC) and support from the membership of ATAG have contributed to registration of the Association (ATAG) at the Registrar General’s Department of the Republic of Ghana; creating ATAG website that include a database for membership registration and interactive engagements. He encourage all members to register online (https://www.atagonline.org/join-now/) and pay their dues for more development.

The Supreme Council discussed the five-year ATAG strategic Plan (2019 – 2023). The  strategic plan prepared by the National Executive Council (NEC) was laid before the Supreme Council and was fully supported to be operationalized after changes effected within some parts of the documents. A brief discussion was held on how members could register online, pay their dues, communicate and interact with each other. The Supreme Council was delighted that member could go online to the website and register. Two main channels were identified for the payment of the dues. The first is by the online payment using the Momo Pay, which is renewable every year and the second is payment through monthly deductions from the Controller and Accountant General’s Department. For the latter option members may have to fill a form to that effect. Dr. Osuanyi Quaicoo Essel added that the zonal categorization is meant for registration purposes and to widen the membership of the association. It is aimed at giving each member a unique identity code that would serve as the ATAG registration number. The regional code would be the prefix for a member’s identity number, followed by the year of registration, month of registration, zonal code and the reference number. The immediate President of ATAG, Mr. Ibrahim Mahama, called for a massive membership registration drive and campaign from all zones within the country.

The Supreme Council charged the various regional presidents to select three to four interim zonal executives to manage the various zones and furnish the national executive council with their names. The Council appointed Mr Paul Okyere Afoakwa as the acting President for Central Region until a substantive president is elected. The Constitutional Review Committee was also tasked to add to the constitution the impeachment regulation for the conducts of all executive members whose conduct does not contribute to the growth of the association.